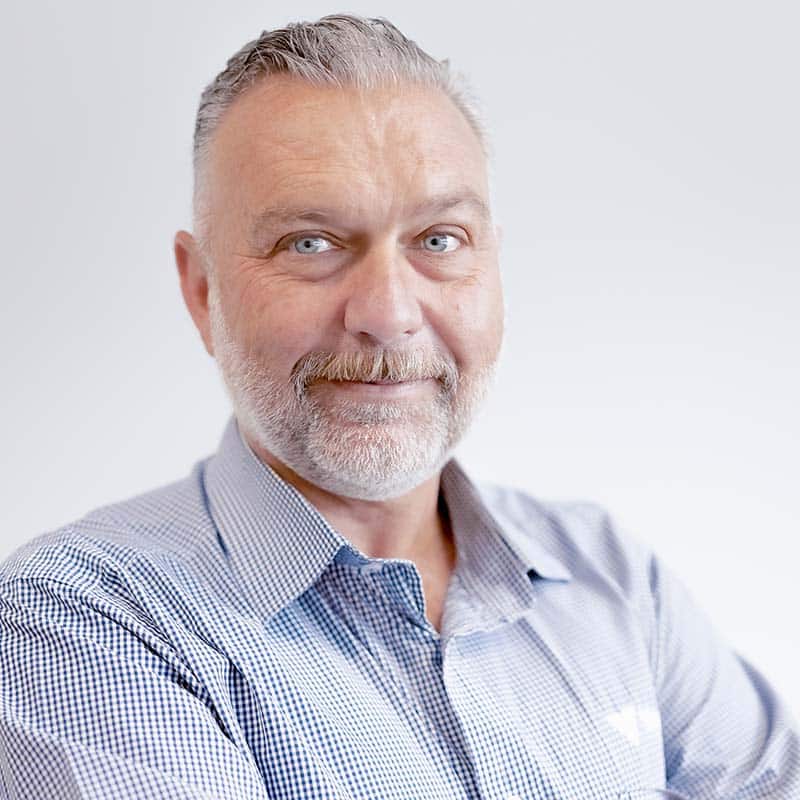 Jeff has over 25 years Sales experience in the machinery equipment industry. He started his career with BHM machinery in QLD as a sales rep for John Deere golf and turf products and moved to Southern Green Inc in the USA in 1999, where he took on the Vice President Sales and Marketing role.

Over his nine years in the role, Jeff was responsible for sales distribution both within the US and internationally. He was instrumental in the expansion of the company, adding 15 new dealers to the network, with locations in Europe, South America, the Asia Pacific region and South Africa.

Returning to Australia in early 2008, Jeff became the Construction Equipment Sales Manager at Vermeer Australia. His customer focus leadership continued to develop in that role and resulted in being presented with the #1 Worldwide Track Trencher Sales and #3 Overall Worldwide Sales Awards by Vermeer Corporation USA in 2013.