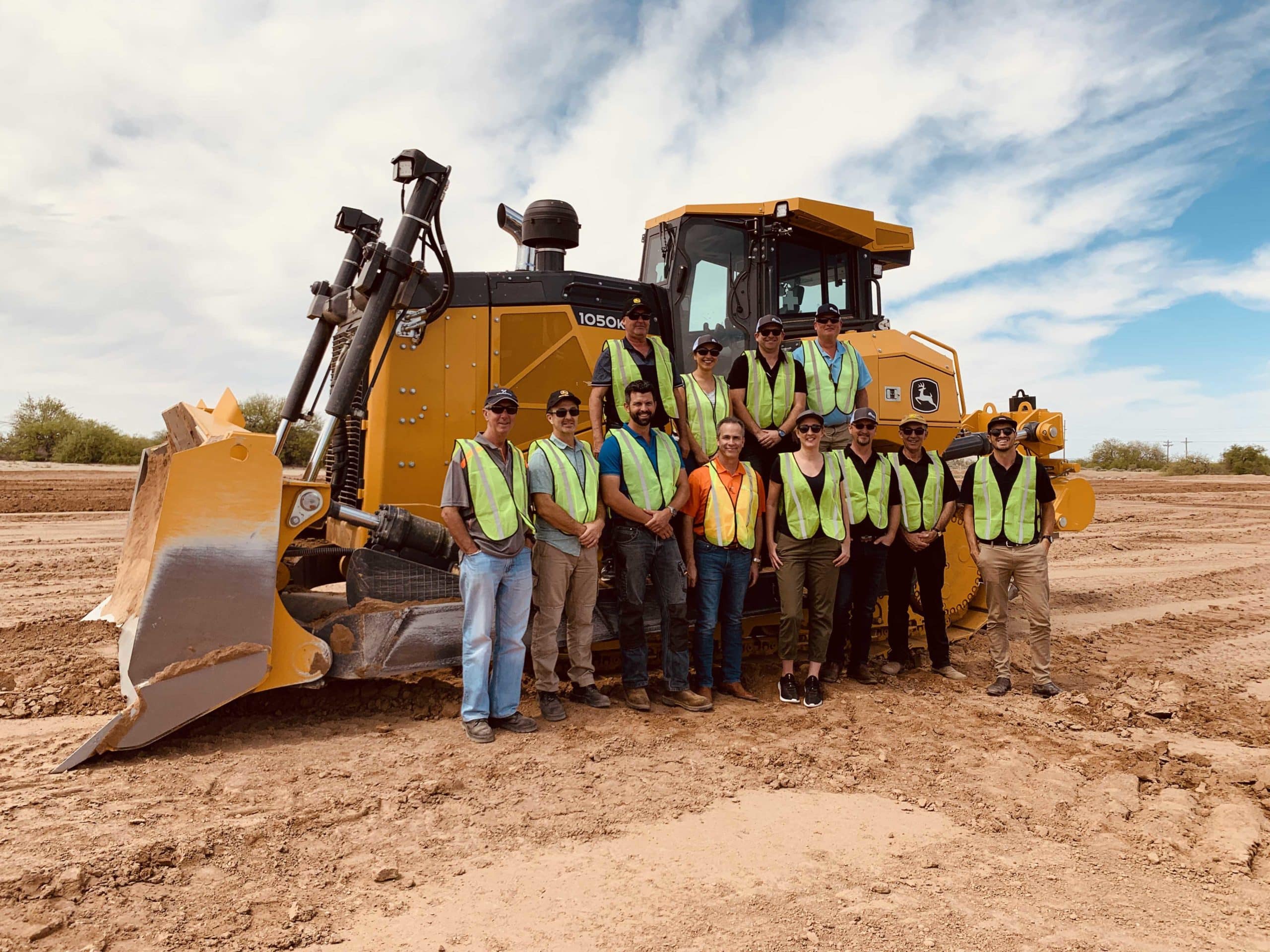 The world’s largest John Deere dealer, RDO Equipment, is upskilling employees and recruiting new team members ahead of launching as John Deere’s Construction and Forestry dealer in all Australian states apart from Western Australia on May 1, 2019.

RDO was established in the US in 1968 by Ron Offutt, then a 26-year-old potato farmer, in Casselton, North Dakota. More than 50 years later, RDO Equipment has more than 75 locations in the United States, and partnerships in Africa, Australia, Mexico, Russia, and Ukraine.

Ron’s son Ryan is responsible for the company’s international operations, and he has just spent two weeks in Australia preparing for the local John Deere launch.

“The business has grown, but our core values and commitment to people have not changed,” Ryan says of RDO’s evolution.

Ahead of the launch RDO is recruiting in all parts of its business, and is particularly looking for diesel fitters. The company plans to significantly increase the profile and presence of the John Deere Construction and Forestry brands in the market and needs a committed team to help it achieve its vision.

The company will be introducing the complete line of John Deere Construction and Forestry equipment to the Australian market for the first time. From May 1st RDO Equipment will be supporting customers from nine branch locations.

“We have a substantial investment program over the coming years, with new facilities planned in several locations across Australia – we want to make sure our team has what they need to get the job done.”

He says RDO puts tremendous value on a committed workforce and is defying some of the dominant employment trends like rapid turnover and profits before people, to focus instead on the long-term success of their employees and customers. “It may not be the way the world is going, but that doesn’t deter us. We are not afraid to put people first,” he says.

In fact, Ryan says RDO refers to its headquarters as the field support office, because everything that happens there is to support the team that supports the customer. He says RDO’s existing and new employees have lots of scope to grow their career in a stable, global company.

“We’re looking for people who want to get in on the ground floor of a growing company. We want people who really believe in what we are doing.”

“We have an incredibly strong and consistent culture which includes empowering local managers so they can focus on their customers. Our team includes staff with extensive experience and long-term service.

Partnership is a central theme for RDO Equipment and Ryan says it was “by sheer luck” that a partnership opportunity brought the brand to Australia in 2012.

“Our first investment in Australia came in 2012 after we were approached by Bruce Vandersee, the CEO of Vanderfield, a 14-store John Deere agricultural equipment dealer based in Toowoomba, after they read a story about us in the trade press. We got to know each other, and realised it was the right fit for both of us. Our cultures are very much aligned.”

RDO acquired a 50 percent interest in Vanderfield in 2012 and then in 2015 made a further investment in Vermeer Australia. RDO is now also the world’s largest Vermeer dealer.

The Australian sales operation will be headed by General Manager of Sales, Mark Kuhn. “We have made a significant investment in this new partnership, and John Deere has too, particularly around parts inventory and training. As an example, service team members will have access to some of the highest quality capstone training available from any OEM – that’s a great career opportunity for them.

“I am very optimistic about the future of our business in Australia. It’s a fantastic country, and we have a great local team with a great culture. We’re going to be off to a great start,” Ryan said.

To meet the team and see what RDO and John Deere have planned for the Australian market, come along to site 99A at The National Diesel, Dirt & Turf Expo in Western Sydney, where RDO will also be showcasing two new excavator models never offered before in Australia.

For details about job opportunities with RDO visit rdoequipment.com.au/join-our-team/ 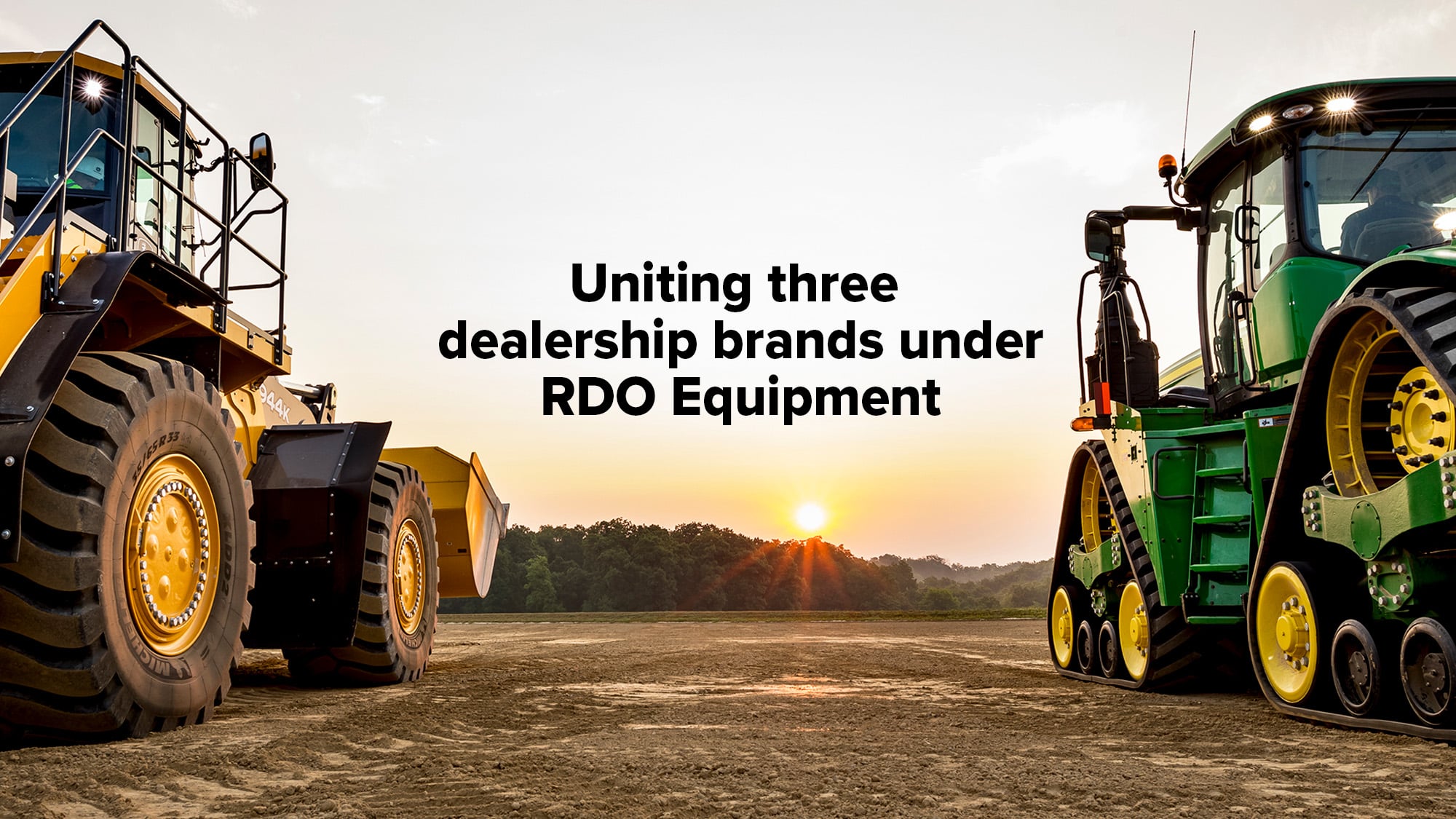 RDO Equipment aligns under one brand for Australian market 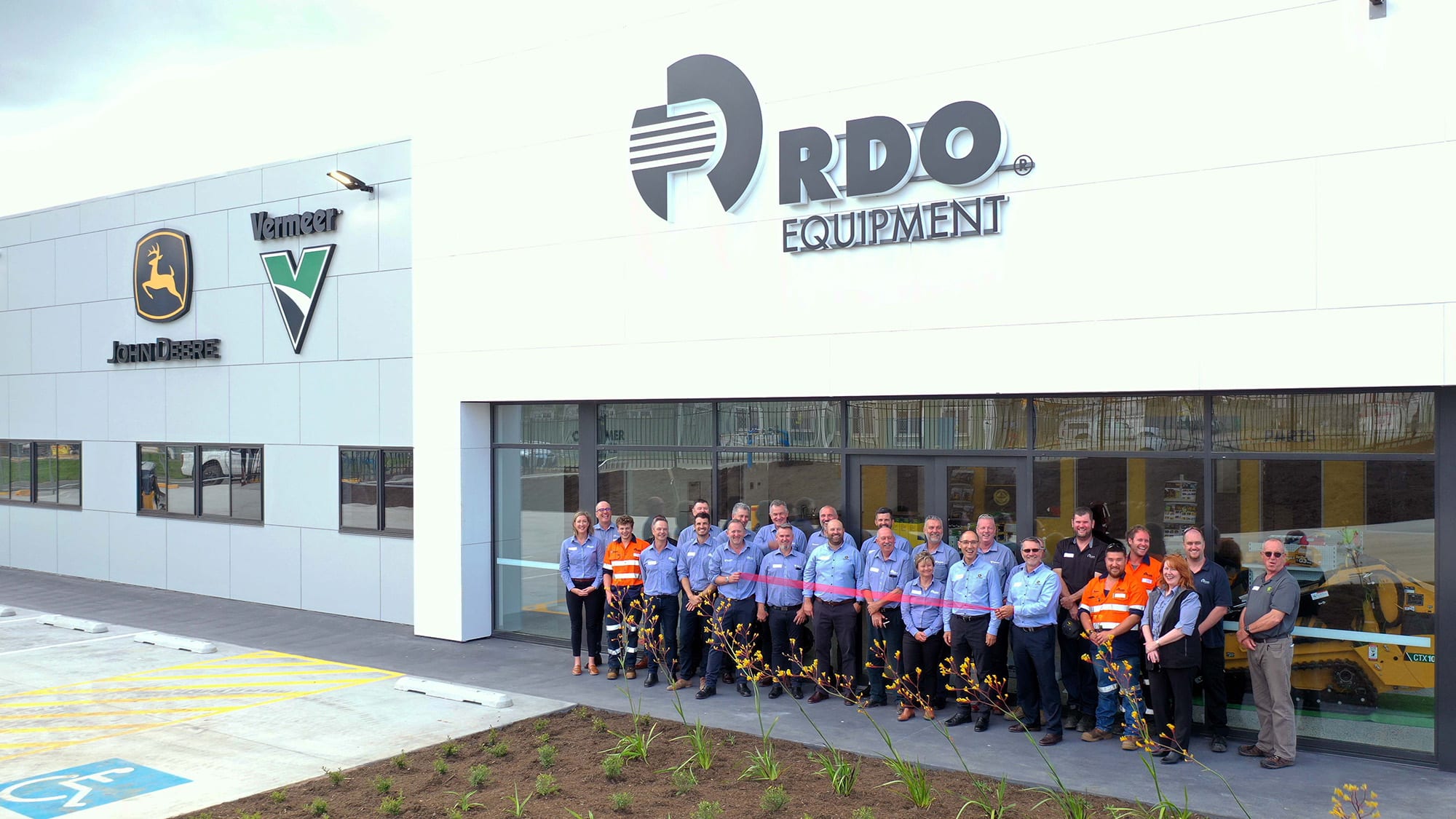 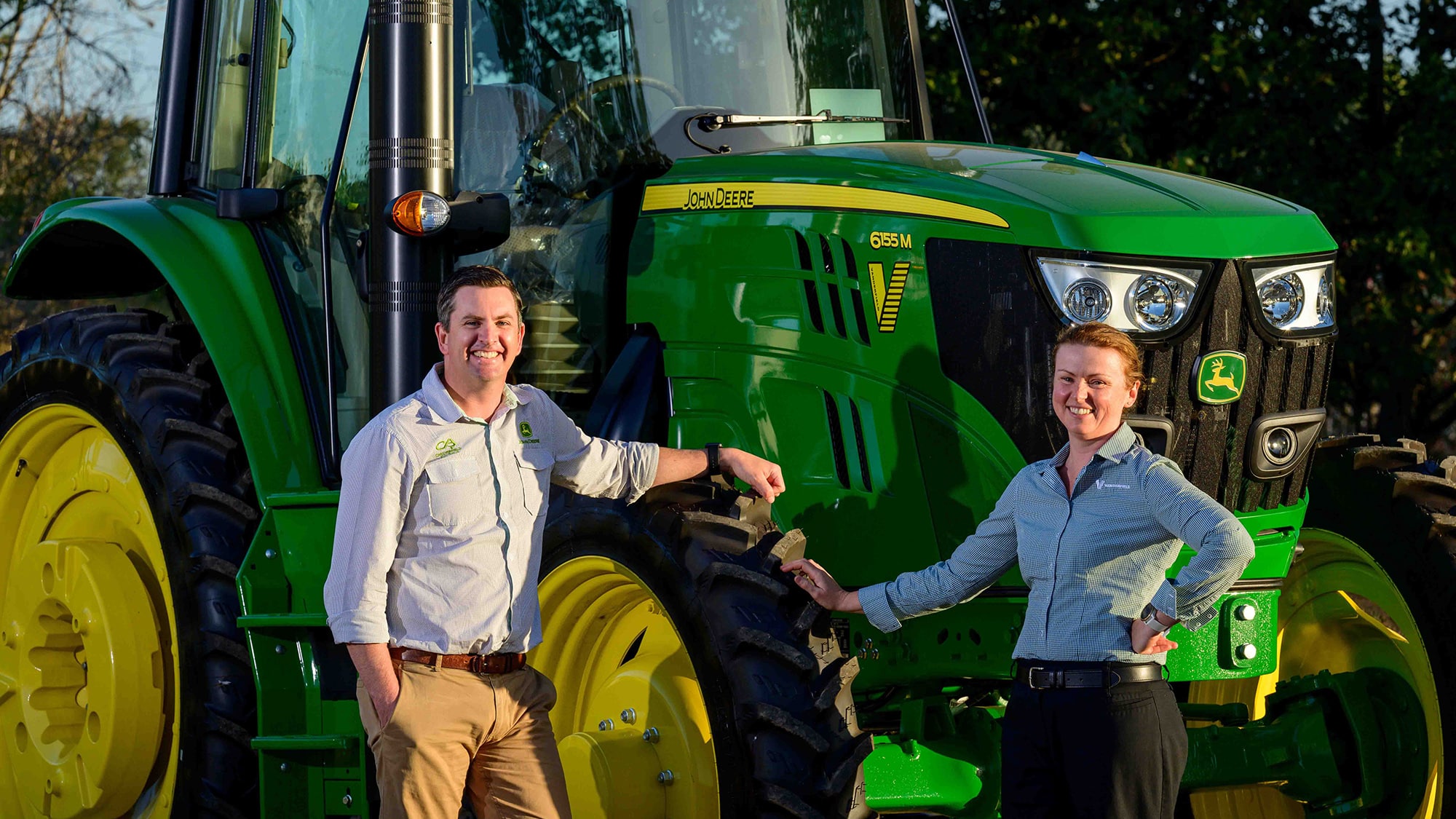